KP has the third largest economy in Pakistan. Its share in Pakistan’s GDP has historically comprised 10.5%, although the province accounts for 11.9% of Pakistan’s total population. KP dominates the forestry industry, with almost 40% of the total forest area of the country[1] situated in the region. However, it has the second poorest economy (based on GDP) in Pakistan, with Balochistan being the poorest.

Agriculture is as important as in the other provinces, and more than 80% of the rural population depends on agriculture[1] for survival. Mining is also a very important economic activity, with marble being mined at Buner, and gems in Peshawar, Mingora, and Chitral.

Some manufacturing and high tech investments in Peshawar have helped improve job prospects for many locals, while trade in the province involves nearly every product. The bazaars in the province are renowned throughout Pakistan. Unemployment has been reduced due to the establishment of industrial zones.

The major economic activities of the province (according to the 1998[2] Census) are:

The major land use in KP is forestry; it is the major cash generating activity in the province. 65% of the total land area of KP falls within the management responsibility of the Forestry Sector. In fact, around 40% of Pakistan’s forests are located in this province.[1]

The following table shows the land use pattern as reported in KP Development Statistics 2018-19:

KP is home to coniferous and scrub forests, and the province’s forest resources comprise of deodar, pine, chilghoza, fir, nandar, partal, kail, and other trees.

[2] Total physical area of the province

Agriculture is a very important economic activity of KP. The sector is the largest employer, and employs 42% of the total labor force. The most important food crops of the province are wheat and maize. KP produces 8% and 60% of the total wheat and maize grown in Pakistan respectively. Sugarcane and sugar beet are major cash crops. About 15% of the total sugarcane of Pakistan is produced in KP; sugar beet is grown in Charsadda and Mardan which is a very efficient sugar crop, and produces more sugar than sugarcane. Tobacco is another cash crop which accounts for more than 90% of the total tobacco grown in Pakistan. About 30 varieties of fruits are produced in KP and as many varieties of vegetables. In certain high elevations, off-season winter vegetables are grown in the summer, making many vegetables available throughout the year[1] for trade within Pakistan.

Livestock farming is a dominant occupation of the farming community, with more than 15 million animal heads and about 22 million poultry birds in the province. However, livestock breeding as an occupation is mostly used to supplement family nutritional and cash requirements. The capitalist trend in this sector is still lacking, resulting in weak and non-descriptive breeds, with low levels of milk and meat production.

The following table shows the livestock position in KP as per Livestock Census 2006 (KP Development Statistics 2018-19):

Important breeds of sheep in the Alpine pastures include Rambouillet, an imported American sheep breed, and genetically improved local sheep breed ramghani as well as kaghani. Other breeds include bulkhi, beetal, gaddi, and angora breeds of goat.

In Pakistan, poultry farming has a growth rate of 15-20% per annum and its share in the GDP is 1.1%. Commercial poultry farming in KP, as in other provinces of Pakistan, is mostly concentrated around the urban centers.

According to Table 17 (Number of Commercial Poultry Farms and Number of Birds by Size of Flock), there are 2,674 poultry farms in the province.

Geographically, the province could be divided into 2 zones. One is the northern zone, extending from the ranges of the Hindu Kush to the borders of the Peshawar basin. This zone has very cold winters and thus cold water fisheries prevail here. The other is the southern zone, extending from Peshawar to the Derajat basin where fish is found in abundance. Cold water fish, especially trout, is plentiful in the waters of River Chitral. Fishing is carried out in all the rivers of KP and is a source of income and sustenance.

Honey is an important non-wood forest product in KP; the province’s environment supports flora viable for honey production. However, people usually follow traditional management practices. The Government of KP is providing training to its rural population in the art of apiculture and honey processing, which has helped improve apiculture in the province.

There are many types of honey being produced in KP but Sedar (ber in Urdu) and acacia modesta (Phulai in Urdu) honey are the most common types. The total number of the bee keeping entrepreneurs (farm) in KP is about 3,800 and the number of people[1] employed in these farms is 17,500.

The irrigation system of KP is comprised of 13 canal systems, with a total length of 3,444 km (2,140 miles) and total discharge of 14,000 cusecs. These canal systems[1] are listed in the following table:

In addition to the irrigation system, the southern districts, like Dera Ismail Khan, Lakki Marwat, Bannu, Karak, and Tank, depend upon spate irrigation or the Rod Kohi system of irrigation. In this system, water from the hill torrents is harvested and used for irrigation.

The following table shows the mode of irrigation and area irrigated[2] by the mode:

KP’s topography is dominated by the occurrence of mountainous terrains of the eastern Hindu Kush, and western Himalayas in the north, and Samana Rang, Sur Ghar Range, and Marwat Range in the south. These ranges constitute about 70% of the total area of the province, containing mineral deposits that are being mined. Malakand Division, in fact, has unmatched potential in marble, granite, gems, Hydel Power Generation, horticulture, apiculture, and tourism. These resources have created economic opportunities centered on mining.[1]

Large deposits of marble/ granite, cement-grade limestone, phosphates, soapstone, nepheline syenite, and other industrial minerals, as well as gemstones and metallic minerals are found in the northern parts of the province. The southern part of the province also has extensive potential for the mining of industrial rocks and minerals which include rock salt, gypsum, clay minerals, limestone, silica sand, iron ore, and coal.

Gemstones found in the province include the Pegmatite-hosted beryl tourmaline topaz-garnet clan occurring in Chitral; Corundum/ ruby in Timergarah and Swat area; emeralds in the 50 km long Swat emerald belt in Swat; Carbonate-Hosted topaz (pink, yellow, white and other shades) in the Mardan/ Katlang areas; Meta-sediments-hosted Corundum (ruby and sapphire) in upper Kaghan Valley; and Ultramafic-hosted peridot gem in Kohistan, extending up to Kaghan Valley, among others.[5]

The oil and gas sites in KP are mostly located in the Potowar region, where almost all the major oil/ gas fields (like Chanda, Tul and Nashpa) are situated. Recently, KP has emerged as a significant contributor to the Energy Sector of Pakistan, on the heels of major oil and gas discoveries in the province. In addition to hydro energy supply, this province is contributing significant amounts of hydrocarbons (18.3% oil and 2.1% gas) to the primary energy supply of Pakistan. Most of the area of KP is still unexplored, however, and therefore, there is a potential for future hydrocarbon prospects in the province. The Kohat sub-basin, a northwest extension of the Indus Basin in KP, is the main hydrocarbon producing basin of the province.[6]

[5] Development and Marketing of Gemstone and Other Mineral Resources of NWFP. A presentation to World Bank

The Sarhad Chamber of Commerce and Industry looks after the promotion of industry in the province. There are 3 Industrial Estates and 10 Small Industries Estates. The 3 main Industrial Estates are the Peshawar, Hattar, and Gadoon Amazai. Small Industries Estates are located in Peshawar, Mardan, Mansehra, Haripur, Kohat, Dera Ismail Khan, Bannu, and Charsadda. In addition, there are training centers associated with the industrial estates. In all, there are 2,584 registered small, medium, and large enterprises, of which 1,849 units are operational and 735[1] units have been discontinued.

The following table shows the type of industry and number of units of each industry in KP as per Development Statistics KP 2018-19: 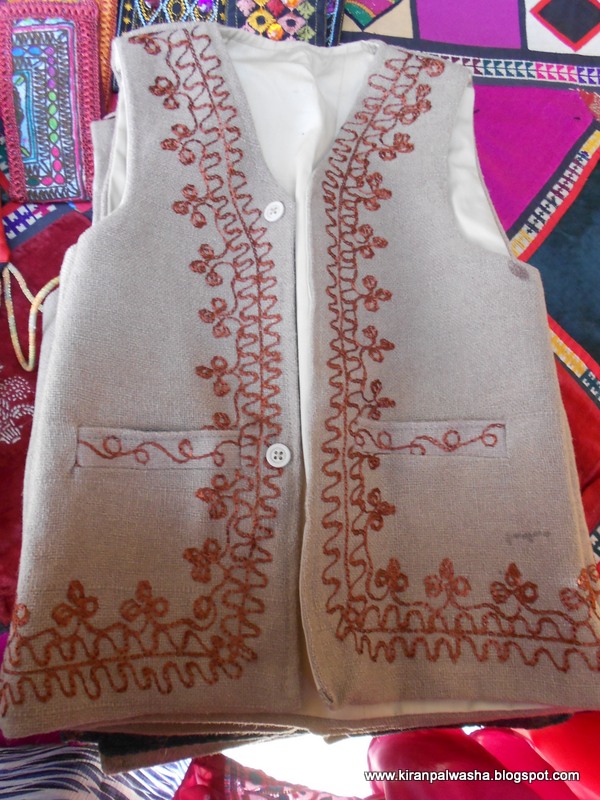 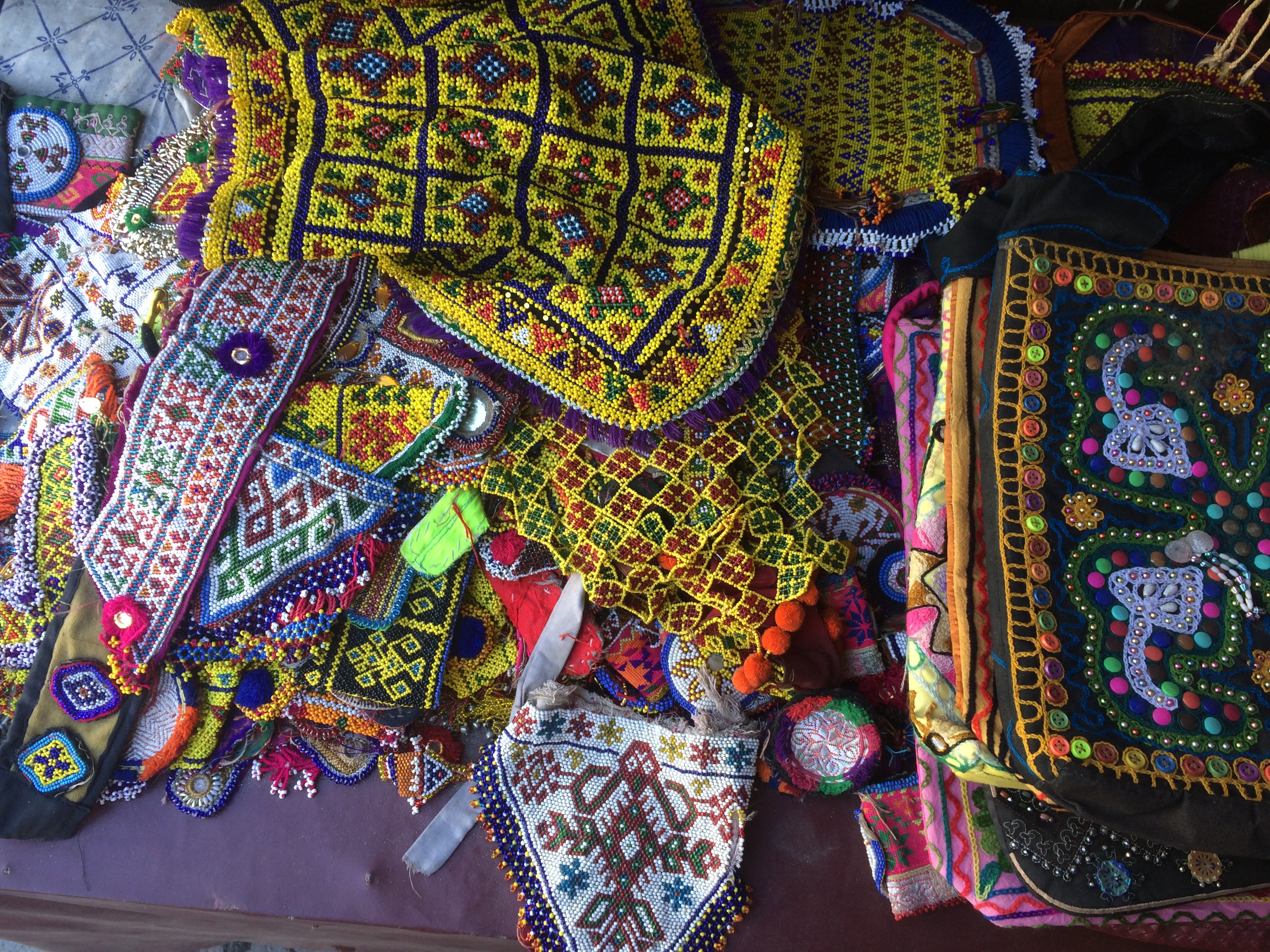 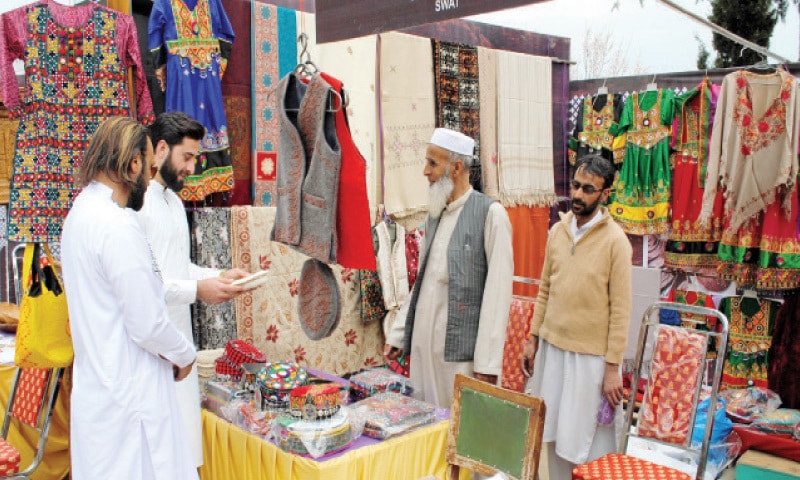 Figure ‎1.17 KP An Artisan at Work in a Swat Gala/ Festival 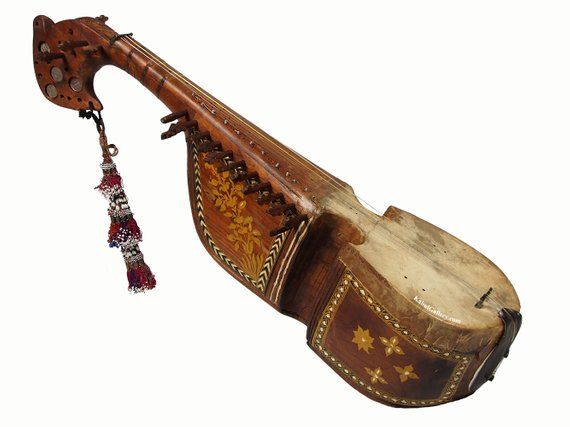