Mountains dominate the northern and the western areas of the province. These mountains are comprised of the Hindu Kush Mountains, Himalaya Mountains, and the Dir, Swat, and Kohistan Ranges.

Immediately south of the Hindu Kush are 3 subparallel ranges: the Kohistan, Swat, and Dir Ranges. All three run in a north-south direction, and are separated from each other by rivers. The most easterly of these is the Kohistan Range. It is bounded by the Indus River in the east and the Swat River in the west. In the middle is the Swat Range, which is bounded on the east by Swat River and on the west by Panjkora River. The westerly Range is the Dir Range, which is bounded on the east by Panjkora River and on the west by Kunar River. These ranges vary greatly in altitude as they move north to south. To the north, their elevation can reach 5,000-6,000 m, and to the south, their elevation can be as low as 200 m. These three subparallel ranges are found mostly in the Malakand Division,[2] Mardan Division,[3] and Kohistan district.

The Sufaid Koh Mountains (also spelled Safed Koh; also called Spin Ghar) run in an east-west direction, forming the watershed between Kabul and Kurram Rivers. The Khyber Pass traverses this mountain. Eastward, minor ranges descend from its southern slopes to River Indus. The highest peak of this Range is Mount Sikaram, at 4,761 m (Kurram Agency, FATA). The Sufaid Koh throws out a series of parallel spurs to the east, traversing the entirety of Kohat district.

The Sheikh Budin Range (southern extremity of the Salt Range) forms the boundary between Bannu and Dera Ismail Khan, and merges eventually into the Suleiman Range.

Wazir hills merge into the Suleiman Range and form the boundary between the two FATA Agencies: the North and South Waziristan Agencies (NWA and SWA).

The tract between the Indus and the Hills of KP is comprised of 4 minor natural divisions. In the most northern portion is the Peshawar Valley, a lacustrine basin[4] encompassed by hills and including Mardan, Swabi, and the southern parts of the area that used to constitute Malakand Division. To the south of Peshawar lies Kohat, a rugged tableland broken by low ranges of hills and separated from Peshawar by the Jowaki Range. South of Kohat is Bannu, in the broad basin of the Kurram River, and completely surrounded by low ranges. The district of Dera Ismail Khan stretches south of Bannu, a vast expanse of barren plain enclosed between the Suleiman Range on the west and the Indus on the east, tapering to a blunt point at its southern extremity.

The Cis-Indus Division forms a wedge, extending northeastward far into the Outer Himalayan Range and tapering to a narrow point at the head of Kaghan Valley. The mountain chains which enclose the Kaghan defile sweep southwards into the broader portion of the province, throwing off well-wooded spurs which break up the region into numerous isolated glens. Towards the base of the wedge, on the confines of Attock District (Punjab province), the hills open out, and fertile plains take the place of the terraced hillsides and forests of the northern uplands.

Most of the province’s rivers drain into the Indus, with the exception of Kunhar River in Hazara, which flows down to Kaghan Valley and into Jhelum River. The major tributaries of the River Indus[1] flowing through KP are as follows:

In addition to the above mentioned rivers, a large number of hill torrents flowing down the hills join these major rivers. Some of the hill torrents/ streams are Katiala, Shambor Nala, Sardaryab River, Katgala, and Aju Khwar. 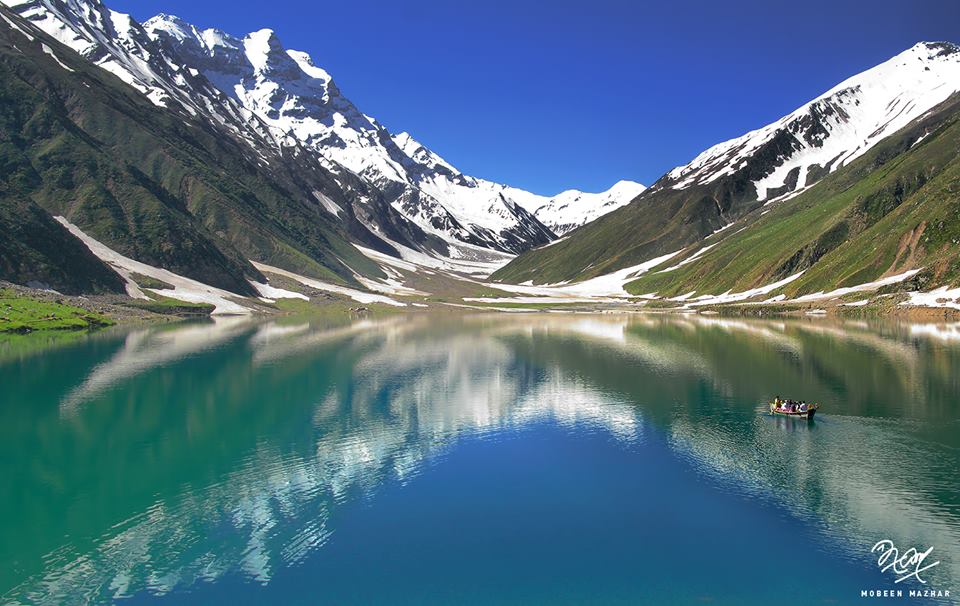 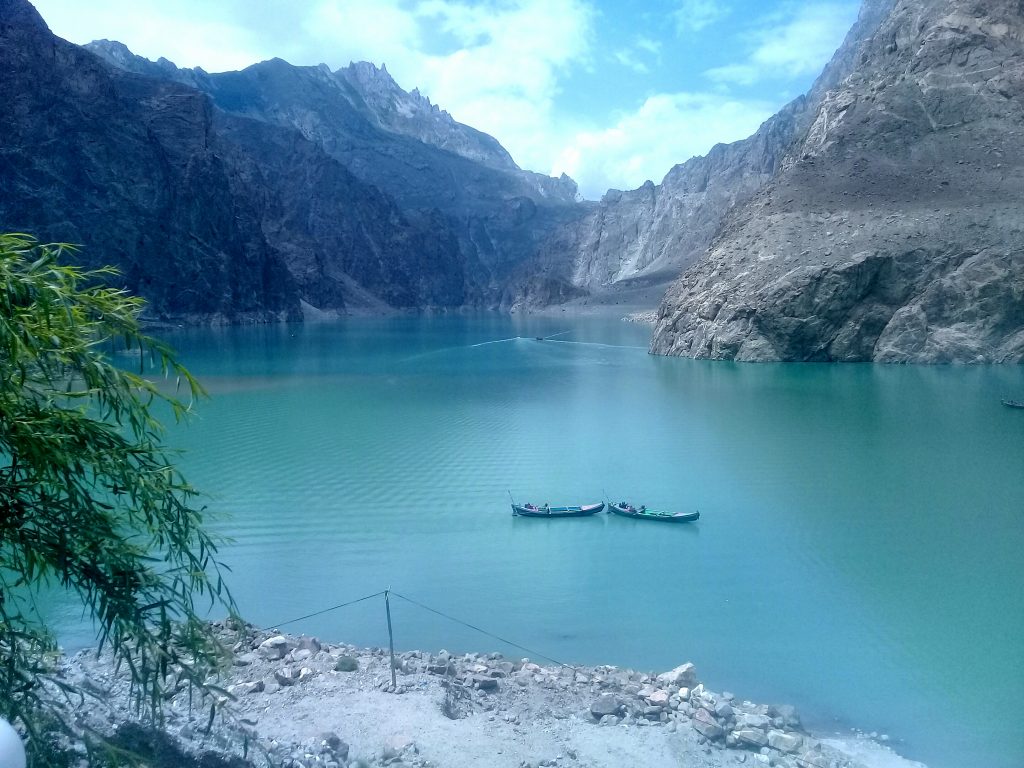 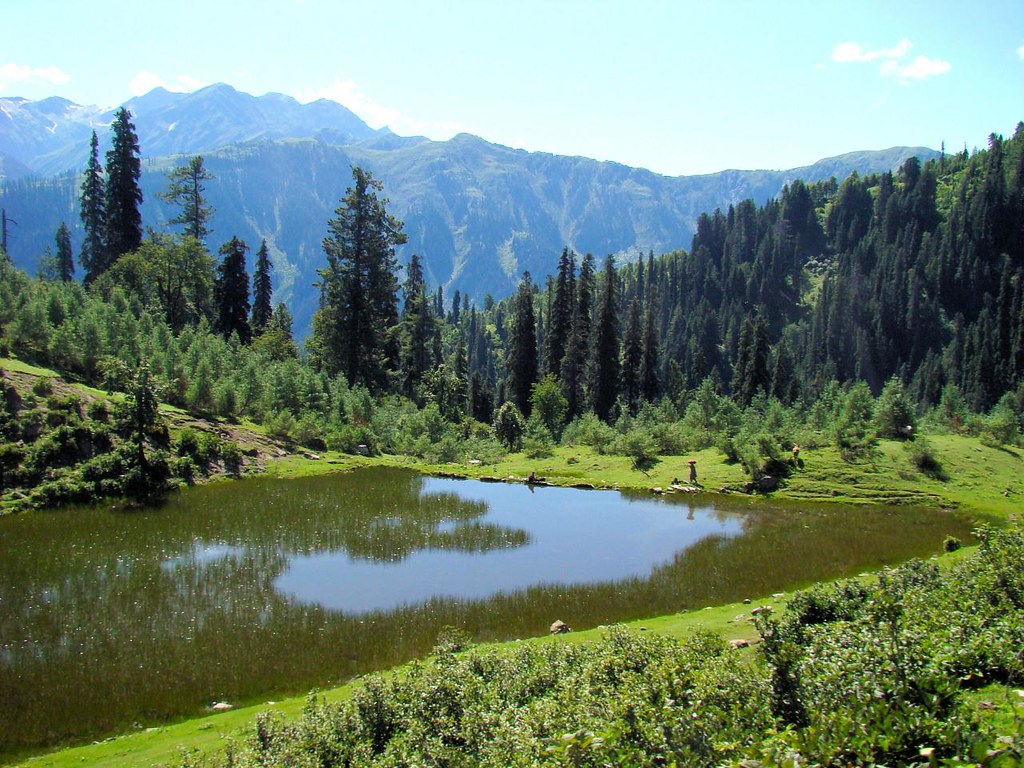 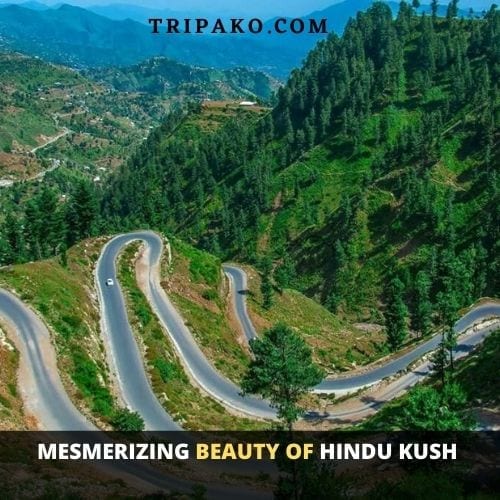 Figure ‎1.10 A view of the Shangla Pass

Following are some of the glaciers found in the mountains of KP:

There are many other glaciers that are less than 10 km in length. These glaciers are mostly located in unexplored areas; some of these are Lower Tirich Glacier, Prechu Glacier, and Upper Darband Glacier. 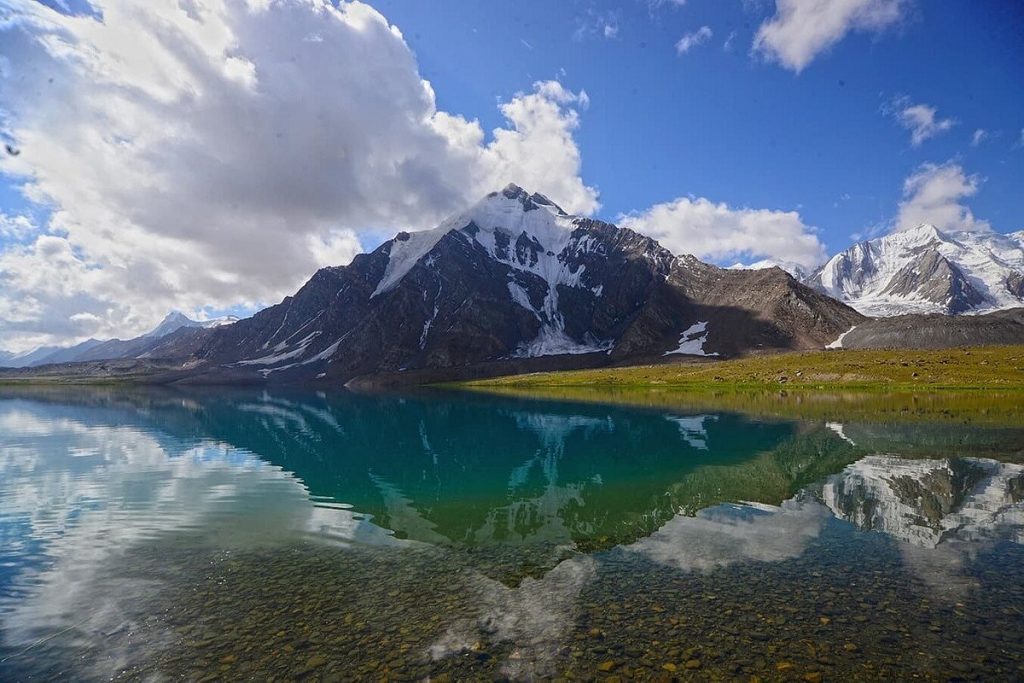 KP is home to 2 types of forests: coniferous forests and scrub forests. Coniferous forests are the evergreen forests which survive in low temperatures. Scrub forests are both broad-leaved and of the tropical thorny varieties. In KP, as in other parts of Pakistan, there are various types of forests with differing status: Protected, Reserved, and Private, Guzara Forests, as well as Irrigated Plantations.

The following table shows the status of forests as per KP Development Statistics 2018-19:

[2] Private lands given up voluntarily

The soils of the province form 2 main tracts which differ in agricultural conditions. The soils east of the Indus are deep and rich in the plain tracts, but shallow and stony in the hills. The soils found in the west of the Indus may be further subdivided into stony uplands and level plains. Since rainfall is scanty and varied, agriculture depends on irrigation. 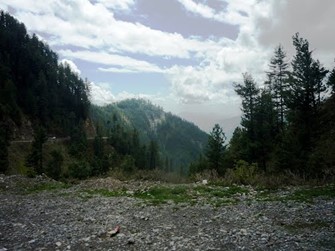 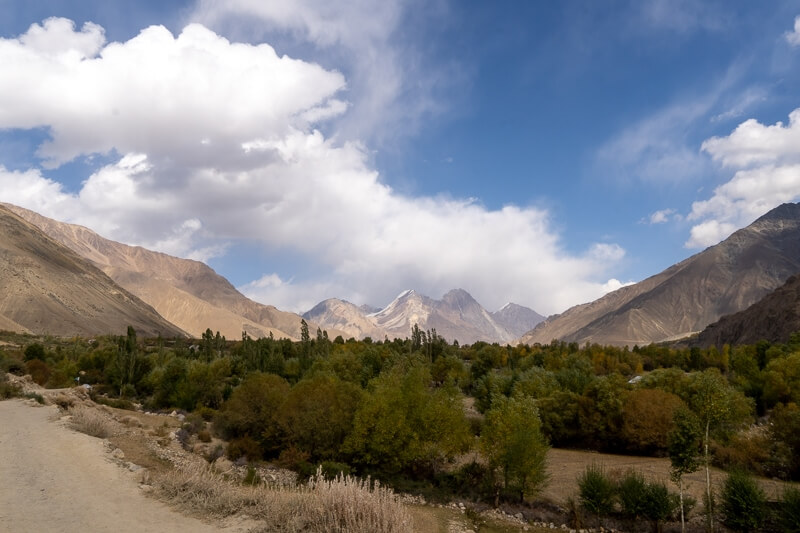 According to the Imperial Gazetteer of India:

The Province stretching southwards from the Baroghil Pass in the Hindu Kush, covers nearly 6 degrees of latitude. Mainly a mountainous region, but including the Peshawar Valley and the braded riverain tract of the Indus in Dera Ismail Khan District, its climatic conditions are extremely diversified, the latter district being one of the hottest areas in Pakistan, while over the mountain region to the north the weather is temperate in summer and intensely cold in winter. The air is generally dry, and hence the daily and annual averages of temperatures are frequently very large.

Generally the Province has 2 wet seasons; the Monsoon—when moisture is brought up by the winds from the Arabian Sea and the Bay of Bengal; the other in winter when storms from Mesopotamia, Persia and the Caspian districts bring widespread rains and snowfall. (v. 19, p. 148)

The following types of climate are common in the province:

The extreme north, comprising of Chitral district, typically has a continental steppe climate, with average annual precipitation ranging from 100 mm per year in the far north to 600 mm in Drosh in the south. Most of this precipitation is from frontal cloud bands that form during the winter, and produce heavy thunderstorms in the spring. The town of Chitral averages 420 mm of rainfall per year, with 350 mm of rain from December to May. At high elevations, as in the Hindu Kush, snowfall can be much heavier and consequently large glaciers are a prominent feature of the landscape. Snow also isolates Chitral town, making it largely inaccessible for most of the year.

In the south of the province, constituted by the districts of Dir, Swat, and Hazara Division, the climate becomes more typical of the Indian subcontinent, although a considerable proportion of the annual precipitation still comes from frontal cloud bands during the winter months.

Dir and Hazara districts are some of the wettest places in Pakistan; annual rainfall at Dir, for example, averages 1,475 mm, of which 400 mm is accumulated during the summer Monsoon, from July to September, and twice that amount during the winter rainy season which lasts from December to April. At Abbottabad, which is further east from Hazara, the annual rainfall averages about 1,195 mm, of which as much as 650 mm is accumulated during the Southwest Monsoon. In Swat, which is relatively more sheltered, the annual rainfall averages around 850 mm, with about 430 mm expected between June and September.

In all areas, October and November are the driest months with rainfalls generally under 30 mm per month, except in the most exposed areas.

Temperatures in this region are warmer than in Chitral, and even at 1,200 m (3,900 ft) elevation, in Abbottabad, the heat and humidity can be oppressive during the Monsoon season. In winter, most of Swat receives significant snowfall, but in Hazara, temperatures are usually around 5 °C (41 °F).

The region south of the Himalaya/ Hindu Kush foothills has the typically hot and dry climate prevalent in most of Pakistan. Temperatures in the summer are quite oppressively hot; in the south, around Mardan, temperatures as high as 45 °C (113 °F) are not uncommon, while in Peshawar, highs of 40 °C (104 °F) are common during the summer. In winter, however, this region is both warmer and generally drier than the rest of KP, with temperatures averaging around 17 °C (62 °F) in Peshawar and over 20 °C (68 °F) in the extreme south of the province. Nights, however, can still be quite cold during the winter.

Southern KP experiences little (and very erratic) monsoonal rain, with Peshawar and Dera Ismail Khan both averaging around 114.5 mm (4.5 inches) of rain in July and August, and negligible rainfall in June or September. In fact, no summer rain of significance occurs in some years. In winter, rainfall usually peaks in March, but Peshawar averages less than 254 mm (10 inches) between December and May, and Dera Ismail Khan less than 120 mm. On certain mountain slopes such as around Kohat, winter rainfall may predominate, though this is unpredictable.

The combination of a short but powerful summer Monsoon with frequent winter cloud bands gives a bimodal rainfall regime in the central parts of KP.

The Hindu Kush and some portions of the Himalaya Range are in KP, a location that makes it a seismically active region. Most of the areas of the province fall in Zone 2B of the Seismic Zone Map of Pakistan which is the Minor to Moderate Damage zone, but some areas like Chitral, Dir, Swat, and Hazara region fall in Zones 3 and 4, which are the Moderate to Severe Damage Seismic Zones of Pakistan.