District Tando Allahyar belongs to Middle Sindh, also known as the Vicholo region, a climatic region that extends about 161 km North of Hyderabad. The district is located between 68° 34Ꞌ 23” to 68° 57Ꞌ 35” East longitudes and 25° 12Ꞌ 24’’ to 25° 45Ꞌ 17’’ North latitudes. It is situated 25 km Northeast of Hyderabad at a strategic location between Mirpurkhas and Hyderabad. This district is bounded by Mirpurkhas district on the East, Sanghar district on the North, Hyderabad, and Matiari districts on the West and Tando Muhammad Khan and Badin districts on the South.

Table 1.1 TAY District at a Glance

[13] The Land Utilization Statistics have nil area marked as Forests, reason being 135 HA of Elchi forest and 114 Acres of the Hingorani forest existed till 2008. These have now been encroached upon and converted into agricultural land.

After the invasion of the region by Muhammad Bin Qasim in the 8th century, and the Arab rule, the region was ruled by the Soomra (1024-1351 AD), Samma (up to 1527), Mughal (1524-1739), Kalhora (1701-1736) and the Talpur (1783-1843) dynasties. Under the Kalhora’s rule, a tribe named the Dal was in charge of the Tando Allahyar region. The name of the Sardar of the Dal was Kundhi; hence, Tando Allahyar was called Kundhi-ji-wasi. Many developmental projects were completed during his leadership; a military cantonment was established and other developments, especially in trade, were initiated.

In 1783 AD, the Kalhora were defeated by the Talpur, and Sindh was divided into 7 parts for administrative purposes. Mir Fateh Ali Khan Talpur was made the ruler of Kundhi-ji-wasi. After his death, his elder son, Mir Allahyar Khan, was made the Amir. He constructed a mud fort to protect the town. This mud/clay fort is located at a distance of 3 km from the current center of the town, and is now known as the Kacho Qilo. A large number of people seeking security and refuge moved to this area under the protection of the Mir; thus, initially, it was called Allahyar Jo Tando (Allahyar’s Town).

In 1906, during the British Raj, a railway station was established here. This step brought about a revolution in the town, increasing its importance as an agro-trading hub. It shaped Tando Allahyar into what it is now, and its name shifted from Allahyar Jo Tando to Tando Allahyar.

In 1933, after the construction of a canal off-taking from Sukkur Barrage, agriculture in the city of Tando Allahyar improved. Until Partition in 1947, the city housed a large number of Hindu citizens. The temple of Baba Ramdevji Rama Pir was, in fact, seen as a symbol of the town’s Hindu-Muslim unity and peaceful co-existence. However, after the Partition, a number of Hindu followers left for India. The temple remains in the town center, attracting hundreds of pilgrims from all around the region.

Chamber town was founded by Mr. Chibhar Khan Laghari, who reserved this part of his land for the settlement of a few castes and tribes traditionally involved in agriculture and trade (often Hindus) in the nineteenth century. The present name of Chamber town is a distortion of Chibhar. Before Partition, the number of Hindus living in the town was much higher than that recorded after Partition.

Jhando Mari Taluka was named after its ruler, Rais Jhando.

At the Federal level, Tando Allahyar district is allocated a set number of representatives[1] in both the National Assembly and the Provincial Assembly:

The district has 1 Municipal Committee (Tando Allahyar), and 5 Town Committees:

Rashidabad, a town under development for the under-privileged people of the district contains a number of parks which provide good places for a picnic and family recreation. Some of the parks include the A. Ghani Park, Shah Latif Public Park, and Aslam Park.

Some of the important heritage buildings[1] of the district include: 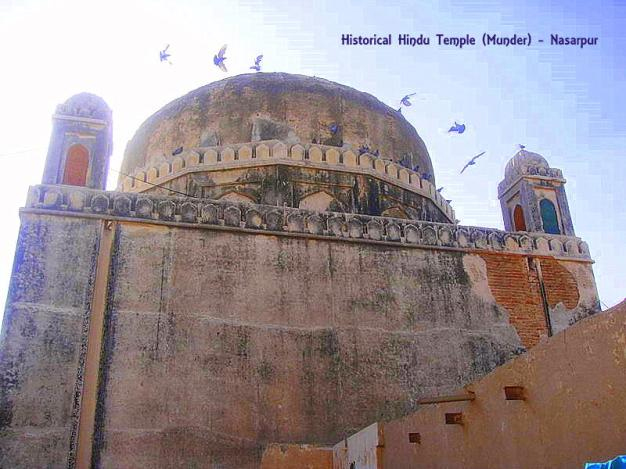 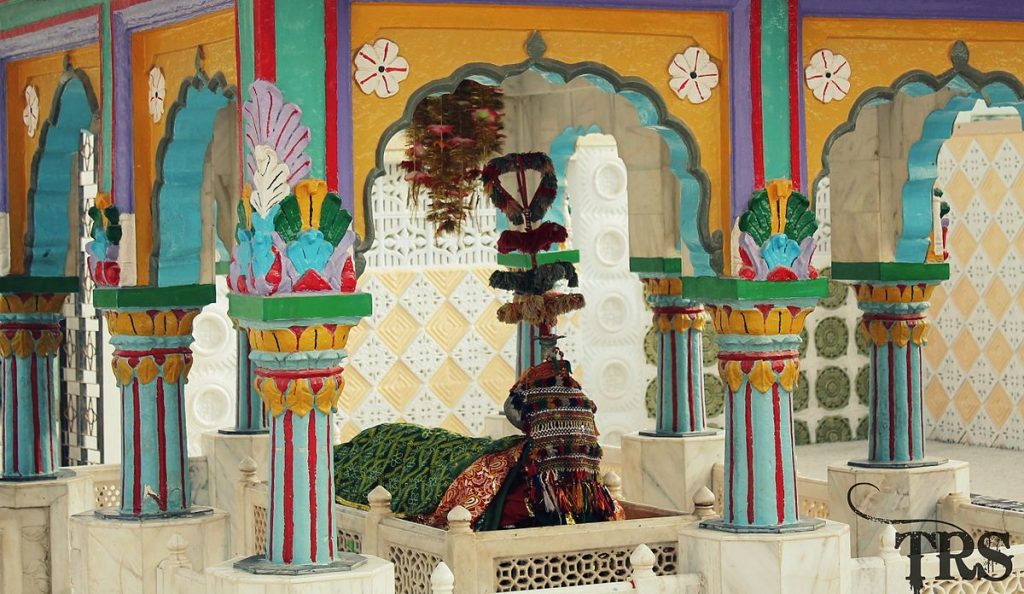 District Tando Allahyar is situated in the South of Sindh, between Hyderabad and Mirpur Khas districts. The district consists of a high plateau that is rectangular in shape with wide sandy sections in the East.

The district consists of flat and fertile lands that are irrigated by a network of canals. The Naseer Canal (named after Mir Naseer Khan Talpur who constructed this canal in 1933) runs through the district irrigating almost the entire district with the help of several branch canals and water courses.

There are no rivers or streams in the district, but 3 irrigation canals—Nagin Distributary, Khesano Minor, and Nasir Branch—flow through Tando Allahyar which provide water not only for irrigation purposes but for domestic uses also. Ground water is sweet and potable in all 3 talukas of Tando Allahyar district.

There were 2 major forest reserves in Tando Allahyar district: Elchi Reserved Forest and Hingorani Reserved Forest. Both these forests have been encroached upon, and converted into agriculture lands.

The soil of the riverine area is alluvial loam with varying proportions of clay and sand. New deposits are almost pure sand, but become stable through continuous deposits of clay and silt. The origin and composition of the soil in the irrigated plantations is also similar to that of the riverine areas. Most of the soils in Tando Allahyar district are loamy and clayey of older river plains.

The climate of Tando Allahyar is hot, dry, windy, and semi-humid. The hottest months of the summer are June and July, while the coldest months of winter are December and January. Hot winds blow from May to August, from the Southwest to Northeast, while cold winds blow from North to South in November, December, and January. The nights in Tando Allahyar district are generally very pleasant.

Summer season extends to October, during which the mean monthly maximum temperature oscillates between 39 °C and 42 °C. Winter starts in November and is not severe. Lowest temperature recorded in January has been 1°C. The mean maximum and minimum temperatures for January are 25 °C and 1 °C respectively. On the whole, the direction of winds during the winter is from the North and Northwest. Humidity varies, with highest being 65% during August and lowest 41% in April.

To combat the heat and to make brick buildings habitable, traditional architecture includes the addition of “badgers” or “manghu” to the tops of the buildings, which are often referred to as “wind catchers”. These look like chimneys on roof tops and are placed in directions that allow the cool breeze to enter the buildings during summer.

Mean annual rainfall in the district is 230 mm.

Tando Allahyar falls in Zone 2 A of the Seismic Zone Map of Pakistan which means damage due to earthquakes will be minor to moderate.

The following table shows the population figures for the District as per 2017 Census:

The major economic activities of the district, from the 1998 Census (2017 Census Data has not been made public yet), are:

The district belongs to the Irrigated Agro-Ecological Zone of Pakistan. Agriculture and its allied livestock breeding is the mainstay of this district’s economy. The district produces the best quality of sugarcane available in Pakistan.

Agriculture is the predominant use of land in Tando Allahyar. The following table shows the land use statistics of the district as per Sindh Bureau of Statistics 2017-18:

The following table shows the livestock population of the District according to 2006 Livestock Census (latest available) and as stated in Sindh Development Statistics 2017-18:

Red Sindhi breed of cows are indigenous to Hyderabad district which was the parent district of Tando Allahyar; similarly, barbary goat, and thoroughbred horses are also native breeds.

In rural areas, poultry in small numbers is bred in houses by women for eggs and meat. Most of the commercial poultry farms are located around urban centers. There are nearly 342 poultry farms[2] in the district.

Fishing is carried out in various canals and water courses in the district, and the fish is consumed locally.

Honey-bee keeping was introduced in Pakistan in the 1980s by IUCN and UNDP. They introduced apiculture in the coastal villages of Sindh, especially in Badin and Thatta. Now bee keeping is one of the allied activities of agriculture, livestock breeding and fisheries, hunting.

The following table[1] shows the mode of irrigation and area irrigated by the mode.

There is no industrial estates/ zones in Tando Allahyar, but there are some industrial units[3] operating in the district. In all, there are 13 industrial units, of which 10 are cotton ginning, one is sugar, one is an oil mill and one a flour mill.

The Super Highway (M-9) passes through Tando Allahyar district and links it with Karachi. In addition, the district is connected through provincial highways to Hyderabad and Sanghar.

The Road List 2009, issued by GoS does not have separate data for Tando Allahyar district. The data recorded in Sindh Development Statistics 2017-18 is being reproduced here:

Some of the important road links of the district include:

The district is connected by rail to all parts of Pakistan. There are 3 railway stations in the district:

There is no airport in the district, and Hyderabad International Airport is the nearest airport.

There is no television station in Tando Allahyar but TV can be viewed through TV boosters and cable. There is a private radio station called FM 91 Highway.

The district has telephone facilities[1] available not only in urban areas but in many villages also. There are 12 telephone exchanges in the district, with one each in Tando Allahyar, Chamber, Usman Huri, Sanjar Chang, Mubarak Jarwar, Bahar Khan Mirjat, Masu Buzdar, Naseer Khan Leghari, Bukera Shareef, Khowaja Goth, Dehngano Buzdar, and Tando Soomro. In addition, internet facility is easily available.

There is a main Post Office in each of the Taluka Headquarters in the district. In addition, there are branch offices, and urgent mail service being provided by GPO Pakistan. Other courier services of Pakistan also have their delivery services in the district.

The following banks have branches in the district[2]:

In all there are 26 branches of conventional banks and 5 branchees of Islamic Banks in the District.

The following table[4] shows the mode of irrigation and area irrigated by the mode.

The literacy rate of Tando Allahyar district is only 38% with 60% urban and 32% rural population recorded as literate (PSLM 2014-15; Latest available).

The following table shows the number of educational institutions in the district, as per Sindh Development Statistics 2017-18:

There are private schools in the district, but no detailed data is available. 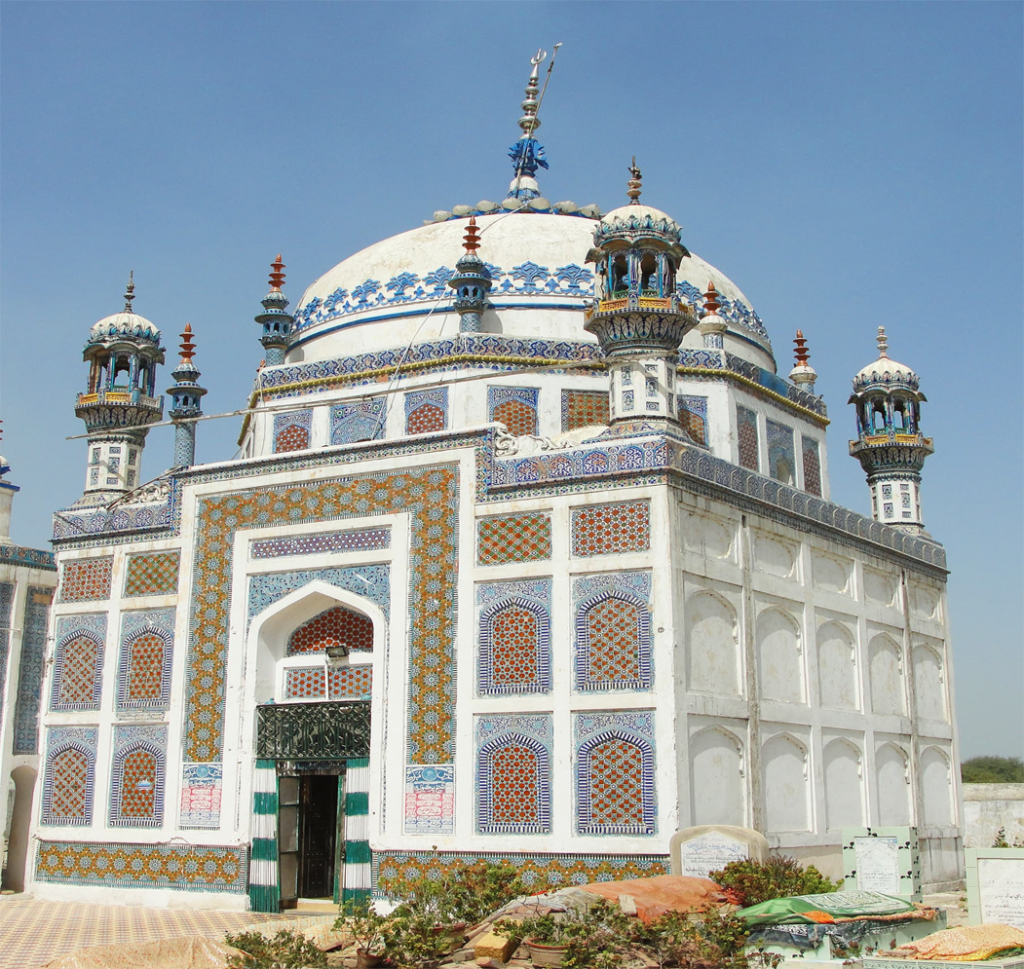 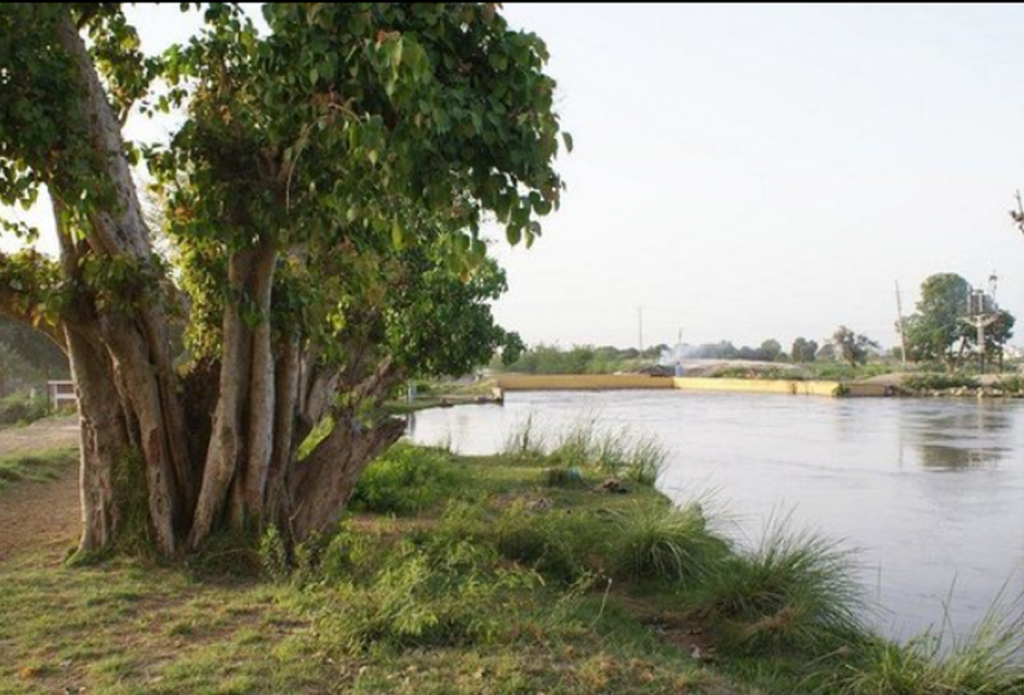 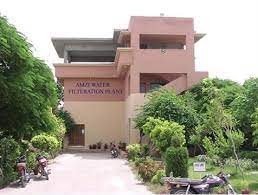 [2] List of Reporting Bank Branches 2019, by State Bank of Pakistan

Tando Allahyar district is a vast fertile alluvial plain where cultivation is dependent upon canal irrigation. Rashidabad, a small township located on the Hyderabad‒Mirpurkhas Road, is being developed as an environmentally safe town, where smoking is not allowed anywhere. On the whole, since the district is mostly rural, the air quality is good, but generally, the physical environment of the district suffers due to high growth rate of the population.

The district belongs to the Riverine Tract Habitat of Sindh. The dominant flora includes varieties of lai (Tamarix), wild sugar cane (Saccharum), and poplar (populus); babul (Acacia), and bulrush (Typha) growth is common wherever the water is stagnant or slow moving, for example near dhands.

Ornamental flowers of the district are rose, jasmine, and tuberose.

Mammals found in the riverine forests include the hog deer, wild boar, jackals, wolves, and porcupine. Among birds, partridges (both black and gray), and the sand grouse are common in the forest plantations. Many varieties of waterfowl, like cattle egret, Indian reef heron, and Mongolian sand plover are also found. Other birds found in the district are little brown dove, koel or cuckoo, Indian scoops owl, and Indian great horned owl.

[1] For details, please consult the chapter on Hyderabad