The economic infrastructure of Sindh consists of an extensive road network, railway lines, ports and shipping, and airways. Sindh’s Communications sector, consisting of print and electronic media (television and cable), as well as radio and information technology, is at the forefront of the Communications sector in Pakistan. Internet service is available in 138 towns and cities of Sindh.

According to the Sindh Development Statistics 2017-18, there are a total of 21,614 km of Black Topped roads in Sindh.

Details of the Road Network of Sindh[1] are shown in the following table: 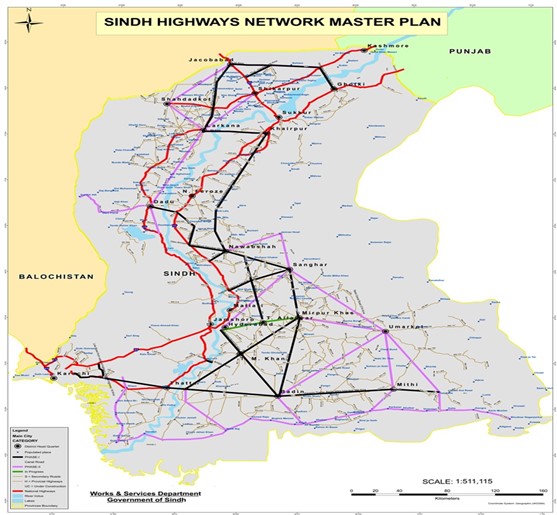 Shortly after the fall of Sindh and Punjab to the British Raj in 1847, Sir Henry Edward Frere (a British Colonial Administrator), the Commissioner of Sindh, sought permission from Lord Dalhousie (Governor General of India)  to begin a survey for a Karachi seaport and railway line connecting Karachi to Lahore. On 13th May 1861, the first railway line was opened for public traffic between Karachi City and Kotri, a distance of 169 km (105 miles). By 1876, the line had been extended to Lahore.

At present, there are 2 vital railway lines in the province, one connecting Sindh to Punjab and the other to Quetta, Balochistan. A branch line from Hyderabad connects the province to the Indian border at Khokrapar (Tharparkar Distict), via Mirpurkhas.

J.R.D. Tata, also known as the “father of aviation” in British India made the maiden voyage from Juhu Aerodrome in Bombay to Drigh Road airstrip (now Jinnah International Airport), Karachi, via Ahmedabad, on 15 October 1932, carrying mail in a Puss Moth aircraft[4].

During the 1940s there was a large black colored hangar at the current site of Karachi Airport, constructed for the British R101 Airship. However, the R101 Airship did not arrive in Karachi (then part of the British Raj) as the aircraft crashed early in its journey in France. This hangar was big enough, however, to be often used by aircraft as a visual marker while attempting VFR landings at Karachi. It remained a landmark till in the 1960s, when President Ayub khan ordered its demolition.

During the Second World War, Karachi became the military base and port for supplies to the Russian front. Troops were stationed and trained at this base. Military intelligence services also operated from this base and basic telegraph and telecommunication systems were established. After the War, Karachi became the center for supplies to the allied troops in South and South-East Asia.

At the time of partition, Karachi had the only airport in Sindh. Since then, a number of new airports have been constructed as follows:

Pakistan Broadcasting Corporation (PBC) is the official Radio Broadcasting Corporation of Pakistan. It owns 5 MW[5] and 9 FM radio stations in Sindh. There are 3 MW stations in Karachi and 2 in Hyderabad. Karachi, Mithi, Hyderabad, Bhitshah, Khairpur, and Larkana are home to FM radio stations. There are a number of privately owned radio channels in various districts of Sindh in addition to those owned by the PBC. These channels broadcast programs in regional languages (Sindhi, among others) as well as the national language (Urdu).

From independence to the year 2000, Pakistan had only one state-owned television broadcaster, called Pakistan Television, which had its headquarters in both Lahore and Karachi. The Karachi station began its broadcasts in 1967, whereas the Lahore station started broadcasting in 1964. PTV can now be viewed on terrestrial networks through boosters and cable networks in all areas of Pakistan. By 2007, PTV had expanded to broadcasting content to 6 channels. The Peoples Television Network was the first private channel, which began broadcasting in 1990 as Shalimar Television Network (STN) from Islamabad and Karachi. This channel was shut down due to administrative reasons in 1999. Another private TV channel, Indus TV, was launched in the year 2000 from Karachi.

Some of the TV stations which have their headquarters in Karachi, Sindh are:

All the TV channels broadcasting Sindhi language programs are based either in Karachi or Hyderabad.

Sindh is home to the most influential print media in the country. The largest and most highly circulated English and Urdu language publications are based in Karachi. The province also has a flourishing regional language print media which holds a near monopoly over circulation in interior Sindh.

Sindh is in the forefront of the telecommunications sector in Pakistan, which includes internet services and cellular networks.

Internet service is available in 138 towns and cities[6]. In all, there are 91 tehsils/ Tehsils in Sindh, of which, 73 tehsils have access to fiber optics and, thus, to modern telephone facilities. Nearly all of Sindh has access to cellular phone service.

The Pakistan Post Office Department of Sindh has General Post Offices in nearly every district of Sindh. It provides communication links for individuals and businesses. In addition, it also collects payments for utility bills, provides facilities like the Postal Savings Bank and International Money Transfers. The department also provides Express Post Services.

National banks with headquarters and branches in Sindh include:

Gas connections are available in most of the urban areas of Sindh.

The literacy rate of Sindh as per Sindh at a Glance 2018 by Federal Bureau of Statistics is 62.2%. The breakdown is as follows:

Formal schooling in Pakistan has 3 stages: primary, middle and secondary or high school, and runs for a total period of 10 years. Total number of public and private educational institutions in the province[12] is shown in the following table:

According to the Human Development Index (HDI)[14], the urban areas of Sindh have the highest ranking (0.659) but the rural areas of Sindh have the lowest ranking (0.456) in Pakistan. The province has the highest unemployment ratio. Sindh also has the highest child mortality rate (109 per 1,000 births) compared to the national average of 103 per 1,000 births. The number of health institutions in the province[15] are shown in the following table:

Other health clinics and institutes include:

Sindh police is responsible for policing of Sindh and keeping the province peaceful.

Sir Charles Napier, the Governor of Bombay Presidency (also known as Bombay and Sindh from 1843 to 1936) created the Sindh Police in 1843, which was funded by the state and consisted of a distinct chain of command, a mounted section, and was equipped with weapons. This Police Force was supervised by the officers of the British army. This police system was exceptionally successful, and British East India Company suggested that a common system of policing be established on this pattern. A Police Commission was formed in 1860 and a police system under the leadership of Mr. H. M. Court was set up. One of the policy directives to the Police Commission of 1860[16] was that “though the duties of the police should be entirely civil, not military, the organization and discipline of the police should be similar to those of a military body”.

Currently, the police department in Sindh is headed by the Inspector General Police (IGP) Sindh, who is in charge of providing overall security to the general public. In October 2010, the government announced that Sindh Police would be provided with phone-tracking technology to help them tackle kidnapping cases and corruption on the streets of Karachi.

Sindh Police is divided into the following sections:

The Karachi Capital City Police Office is divided into 3 zones:

The Karachi Traffic Police looks after 5 Traffic Zones in the city.

Following are the Range Police Offices in Sindh:

A newly established division of the Sindh Police is the Special Security Unit which is a specialized counterterrorism and security unit of the Sindh Police. It performs the function of counterterrorism operations and provides security to important personalities and institutions. It is based in Karachi and its operational jurisdiction extends to the entire area of Sindh. 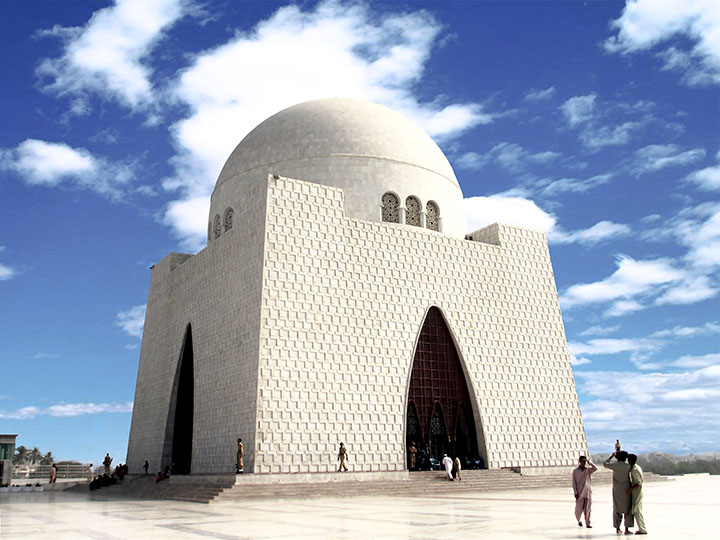 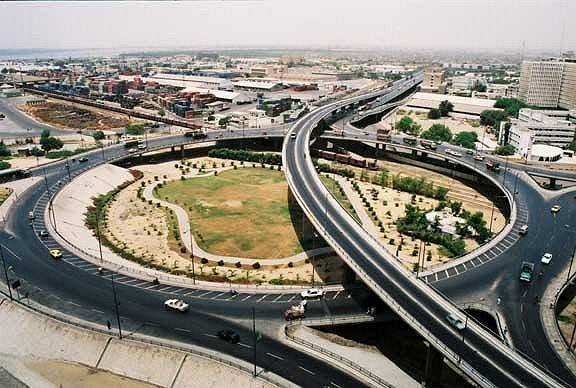 Figure 1.23 An artifact from Mohen-jo-Dar

[6] Sindh State of Environment and Development by IUCN

[14] HDI is a composite statistic of life expectancy, education, and per capita income indicators, which are used to rank countries into 4 tiers of human development.