The province contributes 60% to the national Gross Domestic Product (GDP).[2] The Punjab Board of Investment and Trade, with the assistance of relevant government departments, has initiated the establishment of Special Economic Zones (SEZs) in the province. Punjab’s manufacturing sector currently contributes a 15% share to the National GDP and 25.7% to Punjab’s GDP. Punjab accounts for almost 60% of all industrial value addition of Pakistan. There are 11,820 cotton ginning industries, and 6,778 other textile industries. Other manufacturing industries include leather tanning, automation, surgical instruments, sports goods, furniture, paper, and ceramics.

Mining is another significant economic activity of the province. The districts of Chakwal, Jhelum, and Khushab are rich in coal deposits, iron ore, marble and granite, limestone, silica sand and dolomite, and gypsum.

Punjab is often referred to as the “bread basket” of Pakistan, due to its agricultural contributions. The province has about 29% of the total reported, 57% of the total cultivated, and 69% of the total harvested area[4] of Pakistan. It contributes a major share to the agricultural economy of the country by providing about 83% of cotton, 80% of wheat, 97% of rice, 63% of sugarcane and 51% of maize to total national food production. Among fruits, different varieties of mango account for 66%, citrus for more than 95%, guava for 82%, and dates for 34% of total national production. 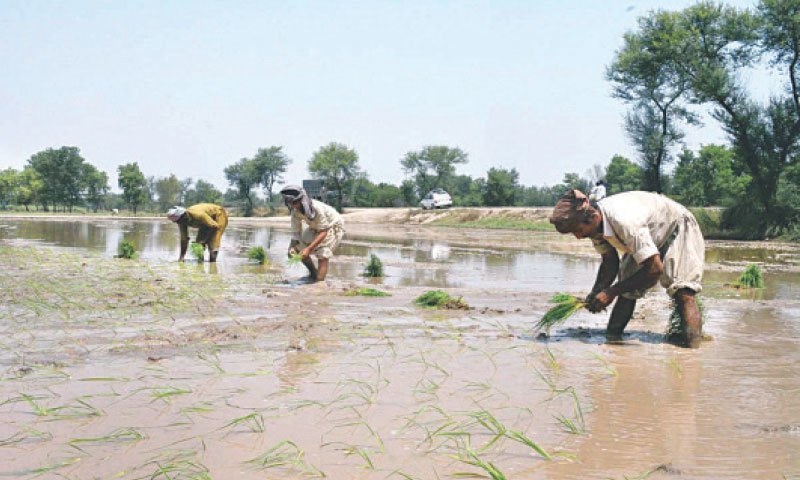 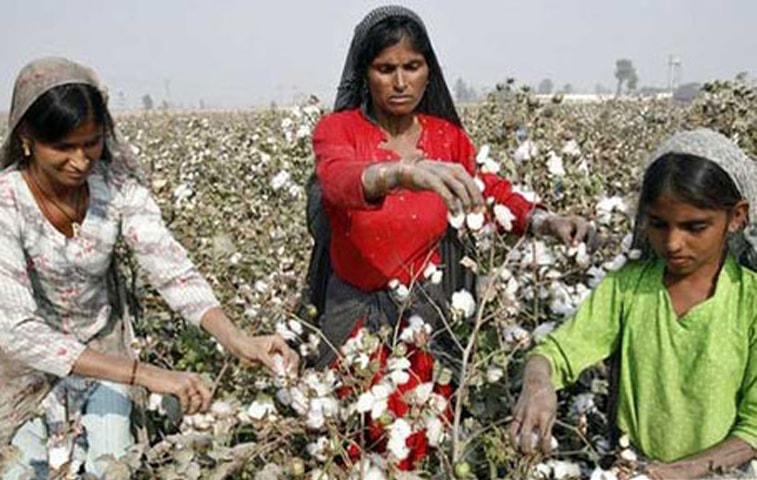 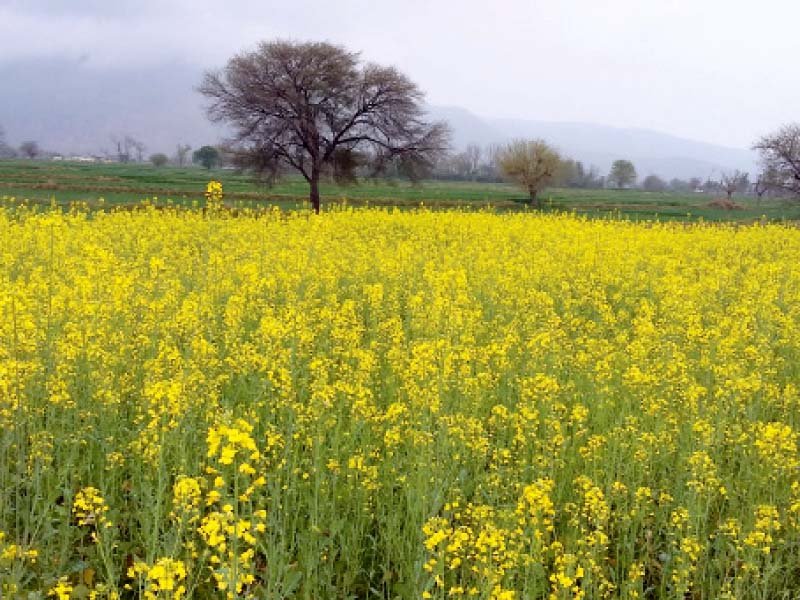 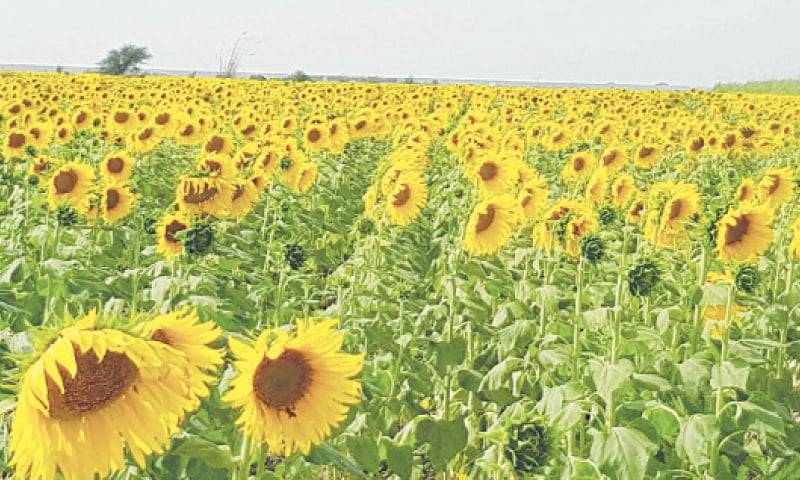 Punjab is Pakistan’s second largest province at 205,344 km2 (79,284 sq. mi.) in area and is located at the northwestern edge of the geologic Indian plate in South Asia. The province is a mainly fertile region along river valleys, while sparse deserts are situated near the border with Rajasthan and the Suleiman Range. The province contains the Thar and Cholistan deserts. The Indus River and its many tributaries traverse the province from north to south.

The province contains one of the largest irrigation systems of the world,[1] with about 3,000 irrigated channels present all over the province. Due to the presence of the extensive irrigation system, Punjab is rich with agricultural production.

The following table shows the land use statistics of Punjab province:[3]

Livestock production is the second biggest economic activity for the rural population in the country. According to The Economic Survey of Pakistan 2012-13 the Livestock Sector contributed approximately 55.4% of the added agriculture value and about 11.9% to the National GDP during 2012-13; it also helps in converting crop residues and agro-industrial waste as well as by-products into edible products. Livestock breeding also provides industrial raw materials like wool, hides, and resources for the agro-based food industry.

The following table shows the livestock population of Punjab as of the 2010 Census of Livestock (Latest available) and as reported in Punjab Development Statistics 2018-19:

The native livestock breeds of Punjab are as follows: 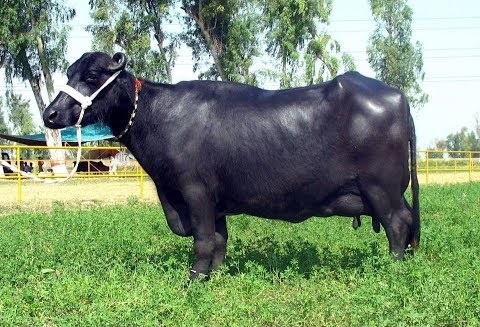 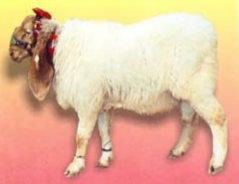 Poultry farming has now become one of the most dynamic of the associated parts of agriculture. The rate of growth of commercial layer and broiler (meat producing) poultry farms is steep to meet the ever increasing demand for proteins through poultry meat and eggs. Commercial poultry production is concentrated around the large urban centers in both provinces of Sindh and Punjab. In the rural areas, most of the farming community keeps a few head of poultry for their eggs and meat.

The fishing industry plays a significant part in the national economy of Pakistan. In Punjab, freshwater fishing is carried out in the River Indus, its tributaries and small rivers, streams, lakes, and canals. Punjab is the largest producer of fish seed and supplies seeds of major carps to other provinces.[8]

Freshwater-capture fisheries are dominated by the species indigenous to the Indus River and its tributaries. The fish fauna of the Indus system in its northern part is the cold-water type, while the greater middle and southern parts of the system are warm-water zones. Fisheries in rivers and reservoirs account for more than 80% of total inland fish production. The riverine fishery management system is operated mainly by provincial fisheries departments. They enforce regulatory laws that restrict the catch of fish by size and establish closed seasons during which fishing is prohibited.

Six large reservoirs have been created through the construction of dams and barrages across rivers, which provide about 250,000 HA for fish production. In addition, there are several smaller reservoirs. The natural lakes in Punjab cover about 7,000 HA. Some of the lakes, such as Namal lake (480 HA), Uchhali lake (943 HA), Jahlar lake (100 HA), Kallar Kahar (100 HA) Kharal Lake (235 HA) and Khabekki lake (283 HA) are brackish, and are too saline to support aquaculture.

In Punjab, fish farms are located mostly in irrigated areas or where there is abundant rain and soil is alluvial. As a result, Sheikhupura, Gujranwala, and Attock districts have larger numbers of farms, and account for approximately three-quarters of the total number of fish farms in Punjab.

Punjab is a mineral rich province, with extensive mineral deposits of coal, gas, oil, rock salt (with the second largest salt mine in the world), dolomite, gypsum, and silica sand. The Punjab Mineral Development Corporation is operating over a hundred economically viable projects.

Manufacturing in the province includes machine products, cement, plastics, and various other goods.

The following minerals are found in the province:

Other minerals are also being mined in the province, and these include argillaceous clay, bauxite, bentonite, gypsum, silica sand, millstone, and laterite.

Punjab, with its arid and semi-arid climate and fertile alluvial lands, depends heavily upon canal irrigation, wells, and tube wells for agricultural purposes. Punjab has the distinction of having the largest contiguous gravity flow irrigation network in the world. The irrigation system of Punjab consists of about 37,311 km length of canals, which command an area of about 21 million acres.[1] The 24 canal systems, which have a total capacity of 110,000 cusecs, draw their allocated discharges from 14 barrages. The barrages also control the diversion of supplies to the inter-river link canals which transfer the water of the western rivers to the eastern rivers, to cater to the irrigation systems off-taking from these rivers. The water from the rivers is diverted to main canals/ link canals from barrages and head regulators and distributed to farmer’s fields through 58,000 outlets.

The major diversion sites of canals in Punjab are as follows:

The following table shows the mode of irrigation and area irrigated by each mode for the Punjab province as per Punjab Development Statistics 2018-19: 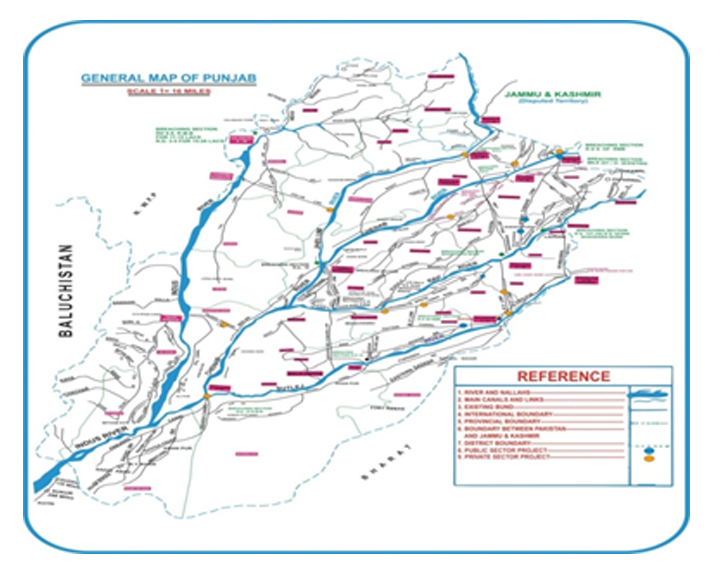 The Industry and Mineral Development Department of Punjab oversees the growth of industry and minerals in Punjab. According to Punjab Development Statistics 2013-14, there are 10,255 registered factories in the province. Lahore and Gujranwala have the largest concentration of small light engineering units. The district of Sialkot excels in sports goods, surgical instruments, and cutlery goods. The following table shows the number of industrial units in each district[9]:

The Punjab Small Industries Corporation oversees the Small Enterprises in Punjab. This corporation has over 20 estates all over Punjab for the development of small/cottage industry and handicrafts. SME[10] Clusters in Punjab are specialized in production from low-tech cutlery products to hi-tech auto parts, from raw vegetable and fruits to value-added food stuff and juices, from handloom textile products to modern textiles, from hand stitched footballs and wooden sports goods to mechanized balls and composite material sports goods, from traditional carved furniture to modern aesthetic design furniture and many more. Different regions specialize in the production of different goods, spread geographically from Lahore to Sialkot, Faisalabad to Sargodha, and Multan to Rahim Yar Khan.

The main industrial clusters of Punjab are Rawalpindi, Lahore, Gujranwala, Sialkot, Multan, and Faisalabad, among others. 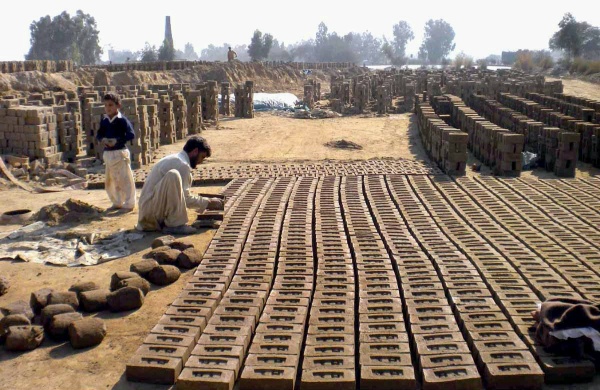 In various parts of Punjab, different types of handicrafts are produced. Examples include pottery, embroidery work (every district specializes in a different type of embroidery work), woodwork, articles made from camel-skin, stonework (articles made with marble and other stones), jewelry (various kinds of beads or gold, silver and precious or semi-precious stones), shoes, printed-works on textile (screen and block printing on cloth), bangles, hand-knotted carpets, leather goods, articles made with brass, and inlay work on wooden furniture. 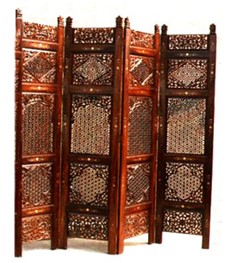 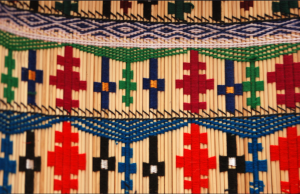 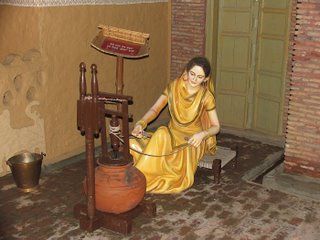 [3] List of Reporting Bank Branches 2019 by State Bank of Pakistan.

[7] The areas are mostly located in Dera Ghazi Khan and Rajanpur districts.

[8] Includes Private, Federal, and Schools owned by PAF and other organizations

[9] Includes Private, Federal, and Schools owned by PAF and other organizations